The Australian Association for Humane Research Inc was founded in October 1979 by Ms Elizabeth Ahlston. It was registered under the Charitable Collections Act (NSW) on 13th December 1979 and incorporated on 6th January 1992.

Originally based in Sydney, AAHR has been considered the “premier” anti-vivisection group in Australia. In its formative years HRA organized a visit to Australia by Muriel the Lady Dowding – founder of the Beauty Without Cruelty movement which first exposed the cruel methods used in testing cosmetics on un-anaesthetised animals.

In 1984 AAHR provided a submission and testified to the Senate Select Committee on Animal Welfare regarding animal experimentation. 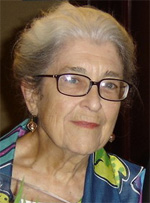 The NEAMS (New Educational Aids in Medicine and Science) Trust was launched in 1991 and a number of grants were subsequently awarded for non-animal research.

In 1994, AAHR hosted a tour by Dr Donald Barnes of NAVS (National Anti Vivisection Society), USA and in 1995, a visit by Dr Neal Barnard, President of PCRM (Physicians Committee for Responsible Medicine). Both visits provided great opportunity for public exposure and awareness of animal experimentation.

In 2000, a new trust fund MAWA (Medical Advances Without Animals) was launched to support non-animal research projects and training of scientists in non-animal techniques. MAWA has since become a separate entity.

Over the years, AAHR also supported many overseas campaigns including sending 30,000 aerograms to Brussels protesting the continued use of the LD-50 test, 10,000 aerograms to the President of the European Parliament protesting the failure by EEC to ban animal testing of cosmetics, support for BUAV’s “Paradise Lost” campaign about primates and the campaign against the plight of China’s Moon Bears milked for their bile. Local campaigns have included protests against the provision of pound dogs to research laboratories, use of the Fat-Tailed Dunnart (an Australian marsupial) in experiments about obesity, and a parade of giant rabbits with Draize-test damaged eyes through the streets of Sydney.

In March 2005, the Australian Association for Humane Research underwent considerable change. After over 25 years of undoubted commitment and dedication to the cause, Ms Elizabeth Ahlston, founder and long term President, decided it was time to move on and HRA was handed over to a new Management Committee and relocated to Melbourne. From this point, HRA was led by Helen Marston, who retired in 2020 and sadly passed away in 2021. She will be remembered as an inspiring advocate for animals used in research. 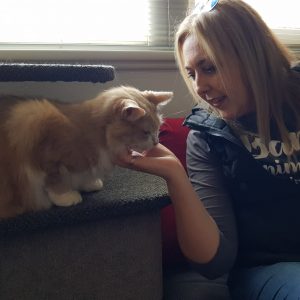