Have a read through some of our achievements we’ve made during 2019.

Better Ways to do Research 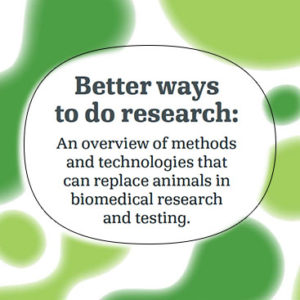 Recognising the need to suggest replacements to cruel and scientifically-flawed animal experiments, HRA published “Better Ways to do Research – an overview of methods and technologies that can replace animals in biomedical research and testing. Authored by Dr Monika Merkes, it showcases the vast array of research methods that we now have available. The overview also includes examples of how these methods have been applied and been of benefit to humans. 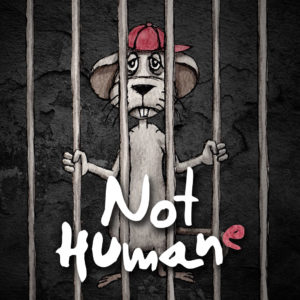 Taking a slightly different approach to our norm, HRA released its own Rap song – thanks to the talents of artist Leuspage, photographer Brian Gunn and graphic design by Matt of Hyperchromatics. 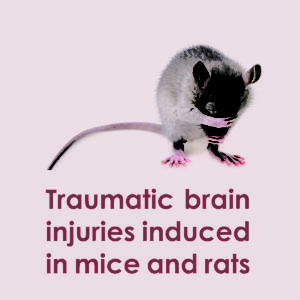 Three major Australian universities were exposed for conducting routine traumatic brain injuries in rats and mice by dropping weights onto the brains in an attempt to replicate the human condition. All three studies mentioned were funded by taxpayer dollars. A campaign ensued urging all three universities to end the cruel practices.

Ban on Animal Testing for Cosmetics 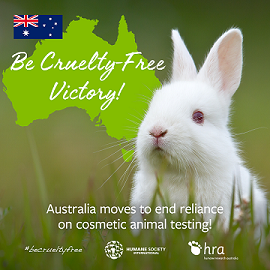 After many years of campaigning and collaboration with government and animal advocacy groups, the Industrial Chemicals Bills 2017, passed through the Senate and the House of Representatives. While there are still some hurdles which need to be overcome, these should be addressed through the Ministerial Rules (currently being reviewed). This is a huge step forward toward a ban on the testing of cosmetics and their ingredients on animals, as well as the sale of cosmetics and their ingredients (from overseas) which have been newly tested on animals.