Have a read of just some of HRA’s 2020 achievements

Extensive media coverage on the plight of primates in research following the ‘baboon escape’, which resulted in a doubling of our ban primate experiments petition signatures 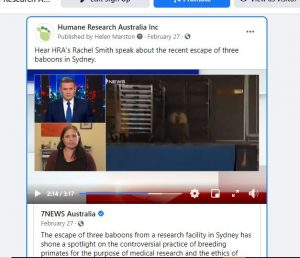 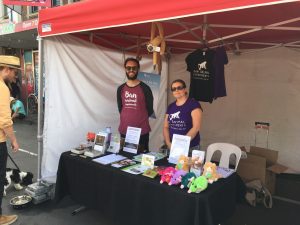 Joining an international coalition, United4Animalsin Labs, to campaign during World Week for Animals in Laboratories for non-animal alternatives in COVID-19 research 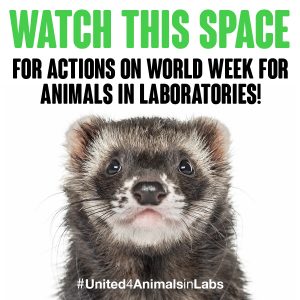 The launch of the HRA podcast channel 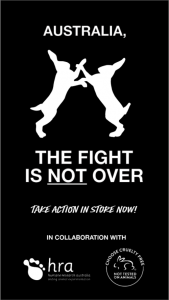 Celebrating Leo-the-ex lab cat’s 10 year anniversary during HRA’s cat month in August, during which supporters donated copies of Leo the Ex Lab cat to schools and libraries across Australia 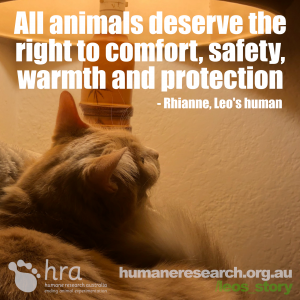