Experiments were approved by the Monash University Animal Ethics Committee.

Ventromedial hypothalamus – (VMH) is a distinct morphological nucleus involved in terminating hunger, fear, thermoregulation, and sexual activity
Nucleus – a cluster of neurons in the central nervous system
Medial hypothalamic system consists of a series of well-defined cell groups and is thought to play an important role in the initiation of specific defensive motivated behaviours
Stereotaxic surgery – is a surgical procedure that makes use of a three-dimensional coordinate system to locate small targets inside the body; in this study used to inject fluorescent tracers into the brain
Amygdala – mass of gray matter inside each cerebral hemisphere, involved with the experiencing of emotions
Hippocampus -the elongated ridges on the floor of each lateral ventricle of the brain, thought to be the center of emotion, memory, and the autonomic nervous system.
fMRI – functional Magnetic Resonance Imaging
Threat extinction – type of learning in response to a cue i.e. when a new memory suppresses the original threat/fear memory

Primates depend on visual cues to detect and respond to threats. To know whether the medial hypothalamic defensive network is engaged in primates, the experimenters invoked fear in marmosets to provoke flight responses to a predator (a moving toy rubber snake) in laboratories at Monash University.

According to the publication, six marmosets (C. jacchus) aged 18–24 months, sourced from the Australian National Nonhuman Primate Breeding and Research Facility (Gippsland, Victoria) were chosen to be used because of their “small size and rich repertoire of affiliative and agonistic behaviours”.

The experiment was specifically designed to “allow sudden and unexpected presentation of a proximal threat and the elicitation of a robust and reliable escape response.” 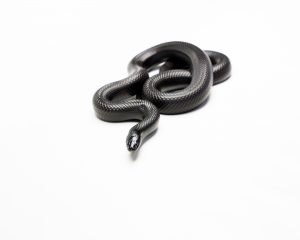 All animals underwent initial training for habituation to the ‘experimental room’. They were trained to enter a transport box (305 x 295 x 205 mm) which had been mounted to their home cage.

Four of the marmosets underwent stereotaxic surgery (using a protocol developed by one of the experimenters, Bourne amongst others, in 2016 (1)) to inject fluorescent tracers into the ventromedial hypothalamus of the brain. After 7 days of recovery, these marmosets again underwent an additional 5 days of experimental room habituation to reinforce the training.

For a period of 45 minutes the marmosets were forced to endure fear. Each marmoset was alone in the small plexiglass box where he, or she, was deliberately terrified. This resulted in defensive responses; consisting of jumping and flight to the rear of the cage, hypervigilance, and escaping to the nest box. Their behaviour was video recorded and scored.

After observing the marmosets’ frightening experience, the experimenters removed the animals from the boxes, and the four that had tracers injected into the brain were killed and the brains studied. The fate of the other two marmosets is not made clear in the publication.

This research is basic research. The conclusion is that ‘The conserved recruitment of medial hypothalamus across species means that these structures must be considered in the search for the etiology and therapeutic treatment of anxiety-related disorders in humans’. Thus, the authors are suggesting that the marmoset is a suitable model for continued research based on similarities in the brain’s response to fear-motivated behaviours.

However, it should be noted that humans do not suffer anxiety and fear in the same way that non-human primates, much less those in a laboratory setting, do. For humans, fear is often caused by perceived and imagined conditions. This experiment does not replicate fear in the human, or provide evidence that the use of the marmoset model will translate to outcomes for human patients suffering from anxiety or fear.

The laboratory setting itself confounds the physiological and psychological results. In 2007 Morgan & Tromborg (2) reviewed the many potential stressors that may adversely affect animals living in captivity including environmental sources of stress such as artificial lighting, exposure to loud sound, confinement stressors such as restricted movement, maintenance in abnormal social groups and other restrictions that impact on behaviour.

Research has shown that transportation, change of environment and exposure to new laboratory staff and procedures induce changes in body weight, hormone levels, heart rate and blood pressure, all of which are indicators of stress (3,4). Additionally, it is not known what stressors the marmosets were subject to at the breeding colony they were supplied from, or whether they were separated from social groups when selected for this experiment.

Marmosets are well-known for avoidance behaviour during attempts at capture, and often become stressed and violent, even toward themselves; indeed, cage-capture of various non-human primate species is associated with signs of stress and distress (5). All these stressors are unique to the non-human primate in the laboratory and do not equate to the human psychological state, thereby impacting on the ability to confidently translate to the human condition of anxiety.

“These experiments caused considerable suffering and death to highly sensitive and sentient animals, and all with tenuous and dubious relevance to humans. Significant and widespread differences between monkeys and humans mean that data are rarely relevant from one species to another. Elegant human-specific research has been and is being done in this field of research, and provides data that can be relied upon, all without causing pain and suffering to animals. On top of this, the stress caused to the monkeys was not just a welfare issue, but meant the data were not reliable. Those who conducted, funded, facilitated and approved these experiments must do better—for monkeys, and for humans relying on good science.”
Dr Jarrod Bailey, Science Director, Animal Free Research UK

In this experiment the marmosets spent months of their young lives in cages – being moved from home cages to the habituation exercises in travelling boxes, to the experiment itself. There is no mention as to whether any type of enrichment was provided to these marmosets. As mentioned above, it is unknown, but implied that these marmosets were separated from their mothers and social groups from a young age, having come from the primate breeding facility in Gippsland.

Marmosets, like all primates, are highly intelligent, social animals and as such they endure extreme physiological and psychological harm when held captive in the laboratory. It can therefore be assumed that isolation in the laboratory for these animals would, in itself, cause physiological and psychological harm, even prior to the commencement of the surgery, let alone during the fear-inducing experiment. In situations such as these marmosets often display abnormal or self-injurious behaviour. Not only is that no mentioned but there is no mention of their steps to recovery from surgery – if any – or indeed if the 2 marmosets whose brains were not analysed were intended to be used again in other experiments.   If they were intended to be subjected to more experiments this would complicate results further.

Unfortunately, it appears this experiment will be expanded upon, as the authors indicate in the publication that they will seek to undertake further similar studies.

According to the publication, grants were provided from various sources, including a National Health & Medical Research Council fellowship support to James Bourne (2015-2019 totaling $611,645.00).

The experimenters note that although studies have previously undertaken in rodents, they attempt to replicate it in another non-human species, the marmoset.

Although defensive responses of marmosets to predators in the wild have been previously observed (Ferrari and Ferrari 1990; (6) Corrêa and Coutinho 1997 (7) and exposure to toy snakes, cats etc. have been used in the laboratory setting on numerous occasions (Vitale et al. 1991 (8); Barros et al. 2000 (9); Barros and Tomaz 2002 (10) ; Shiba et al. 2015, (11), this experiment was deemed sufficiently different in that it was designed to produce a sudden and unexpected proximal threat because the experimenter was manipulating the threat remotely, unseen by the animal.

However, the experiment failed in establishing the precise feature of the threat response that elicited the fear response. “The animated rubber snake we used as an innate predator-like stimulus evoked robust escape responses. Unfortunately, our use of a static black box as a control object did not allow us to determine whether the effectiveness of our threat stimulus depended on its being animated or rather on shape. Exploring the precise features of our stimuli that drove defensive behaviors would require additional experiments that were beyond the scope of this initial study.”

The experimenters in fact acknowledge what was already known in 2010 “Furthermore, in humans direct electrical stimulation of the ventromedial hypothalamus (VMH) is sufficient to elicit feelings of intense fear and trigger panic attacks, suggesting that the medial hypothalamus may also participate in human fear (12).

Given the limitations of the experiment and the differences between human and non-human primate fear and anxiety, the lives lost in this experiment do not warrant this speculative experiment. It simply seeks to establish an animal model for future research, despite human-relevant neuroscience research offering superior scientific validity (13).

There have been significant advances in human-relevant neuroscience research, many made possible by technological developments. Non animal and clinically relevant research methods have already been employed around the world. Some salient examples are provided below:

The results of a set of meta-analyses of human fear extinction studies in healthy human participants was conducted with functional Magnetic Resonance Imaging (fMRI) of the brain and reported in 2018 (Fullana et al (14). This publication notes an important example of translational neuroscience in psychiatry and research promising to improve the understanding of anxiety and fear-related disorders in humans. These sophisticated methods are providing an understanding of neural networks in the human brain.

In 2017 researchers at the University of California, Irvine, identified a key neural pathway in humans that explains how the brain processes feelings of fear and anxiety with the view to assisting scientists unlock new ways to treat mental health disorders. The study (15) appeared in the journal Nature Communications and describes the use of direct recording from electrodes implanted in the amygdala and hippocampus of consenting human epilepsy patients. The research demonstrated in humans that processing emotionally salient events engages an amygdala-hippocampus network with the amygdala influencing hippocampus dynamics during fear processing.

In a publication in 2019 Morriss et al (16) from the University of Reading, UK studied the age-related effects on the function and structural connectivity of the brain in threat extinction learning in adolescents and young adults. Fifty-five participants of varied ethnicity were studied using fMRI analyses.

In 2020 at the University of Bologna, Transcranial Magnetic Stimulation (TMS) was used to prevent fear memories from returning in people, using a non invasive experimental protocol (17). TMS involves an electromagnetic coil placed on the head of the participant, thereby creating magnetic fields that can alter the neural activity of specific brain areas. TMS is a non-invasive procedure that does not require surgery or any action on the participant and is widely used in clinics and rehabilitation programs.

Funded by the European Molecular Biology Laboratory, Monash University, and the European Research Council. Bourne is supported by a Senior Research Fellowship support (APP1077677) from the NHMRC. Wang is supported by the International Partnership Program of Chinese Academy of Sciences and National Science Foundation of China.

What you can Do

Please use the form below to tell Monash University how disappointed you are with their use of marmosets in this experiment.  Your message will be sent via email to Prof Rebekah Brown, Vice-Provost (Research) Monash University with a copy to the corresponding author, Prof Cornelius Gross.

Or you may compose your own email  and personalise your message, ensuring that it is polite. Their respective email addresses are Rebekah.brown@monash.edu and gross.embl.it

Some points you might mention are :
• Young marmosets have deliberately terrified by the presence of a rubber snake in cruel experiments at Monash University and reported in a 2021 publication (Montardy, et al 2021)
• Marmosets are social animals and suffer psychologically when held captive in the laboratory
• This experiment is a waste of animal lives and resources as it is not translatable to humans, who do not experience fear and anxiety in the same way, in addition to the results being confounded by stressors in the laboratory environment
• No further experiments of this nature should be conducted
• Only human-relevant non-animal based research should be conducted