Do you work in an animal research facility? Are you a researcher whose research uses animals? Do you work for a pharmaceutical company? Or do you serve on an animal ethics committee (AEC?)

All of these roles hold a huge responsibility.

The use of animals in science is embedded in culture and practice, as well as education and regulation, and questioning its validity or necessity may be met with resistance. Whilst individuals working or volunteering in the animal industry may have the best intentions towards the minimising of harm to animal, sometimes external forces come into play which obstruct these intentions. From the information HRA receives, these pressures may include bullying, social pressure, lack of knowledge surrounding non-animal models, ignorance of the law and regulations, and the impact of hierarchies within institutions.

Animal Ethics Committees
Ethics committees are the only real level at which the validity and justification of the research can be challenged, and it is imperative that they are used for maximum impact. If you are a category C (animal welfare representative) or category  D (independent community member) you do have power! If you don’t understand a research proposal you can ask that it be rewritten in plainer language, request more information from investigators (including an expanded account of why alternatives were not used) , advocate for action on complaints and non-compliance and make a complaint to the institution.

Researchers
A NHMRC Information Paper on the implementation of the 3Rs in Australia published in September 2019 indicated that most investigators and AEC members agreed that 3Rs methods are recognised throughout the Australian scientific community. However, only one-third of investigators and institutional representatives reported that there were no barriers to implementing the 3Rs. All participant groups identified the lack of appropriate scientific or technological innovation as the primary barrier to implementation of the 3Rs. Other key barriers included comparability of data (identified by investigators) and insufficient funding available (identified by institutional representatives. Pressure may be placed on researchers not to question animal use, despite any moral or scientific concerns expressed by the researcher. This is clear from the Test Subjects video, which features young researchers discussing the pressures placed upon them to use animals, despite the lack of relevance to their research. 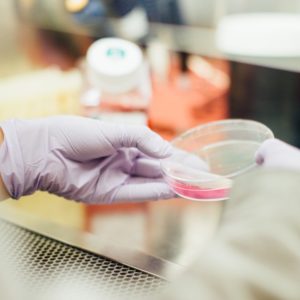 Animal care staff
Some animal technicians in research may well disagree with the enterprise or see or be asked to do things they are uncomfortable with. It is essential to report non-compliance and abuse and understand under the law, as per their legal responsibility.

Below are some tips and resources on how those working in the animal research industry can best serve the interests of both animals and the validity of research.

It is important to note that conducting biomedical research without animals is not simply a case of looking for a direct replacement for an animal model, as explained in this article by the UK organisation Fund for the Replacement of Animals in Medical Experiments. It is about experimental design focuses on the desired outcome and challenging faulty logic. A like-for-like replacement is not always possible, and if that is what an AEC is seeking, not finding, then using as a justification for animal use, this if a flawed approach.

You can use your influence as a driver for change to push for specific detail on the method and deliverables expected from the research applicant as justification for the animal model selection. A recent study showed that the current choice of a specific animal model in a project application for the use of animals in seems to be based on traditional acceptance and standard responses rather than robust substantiation for the choice of an animal model. You may find that researchers consistently justify animal research on the grounds that an entire biological system is needed. Non-animal models may lack the integration and longevity of an intact organism. They are designed to stimulate human biology up to a certain level or organization and complexity. However, despite the current limitations, they are superior to the inaccurate animal model. A whole living rat does not represent a whole living human.

HRA welcomes open communication with anyone involved in the animal research industry, whether that be a question, complaint you wish to see investigated, or insider report.  Please contact us, or you can use the below form for anonymous contact. Complete confidence will be granted in either case. You may attach an image or document with your message. Date and location details would be useful to accompany any footage or images.

Such information builds HRA’s intelligence of the animal research industry and may prompt further investigation by HRA.

Please note, despite the option to remain anonymous, we would need to be able to have a confidential chat with you if you are seeking a formal complaint to be lodged, a matter of concern to be pursued, and/or footage/images to be shared by HRA. Otherwise, we would be limited in our ability to progress such matters. Please also note that HRA complies with all relevant state and territory legislation in this regard.