March 10th of each year marks International Women’s Day (IWD), a global call to action for women’s equality and a day to acknowledge and celebrate the social, economic, cultural, and political achievements of women.

Throughout history, women have played an important role in shaping the world we live in today. Yet too often their achievements are over-looked and their stories remain forgotten.

To honour this year’s IWD, HRA shared the stories of the women in history who paved the way before us in the anti-vivisection movement. We also celebrated the women of today who are leading the way towards ending the use of animal experimentation in research. 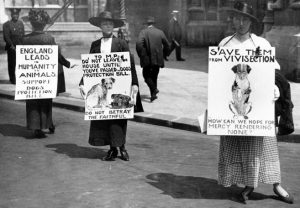 At a time when women did not have the right to vote, were shunned from studying and were expected to be subservient, these women fought hard against oppression and exploitation, in all its forms. Their courage and perseverance paved the way for the anti-vivisection and animal rights movement today.

To support and celebrate the women of the anti-vivisection movement of today, here are four women changemakers who are leading the way towards a future where we no longer use animal experimentation.

Aysha Akhtar, M.D., M.P.H. is a neurologist and public health specialist who has spearheaded the use of more human-specific research methods in replacement of animal testing through the Center for Contemporary Sciences, where she President and CEO.

Author of the book, Animals and Public Health, Aysha’s TedX talk ‘Do animals hold key to your health?’ discusses the interdependent relationship between humans and animals and demonstrates how the protection of animals is mutually beneficial for both animals and humans

Michelle Thew is a respected and accomplished leader in the animal protection movement, most notably through her work with Cruelty Free International, the world’s leading organisation to end animal experiments worldwide. She has been with the organisation for over twenty years and has overseen the implementation of their most ambitious and innovative strategies for creating positive change for animals in laboratories.

Diana Palmer is the Treasurer of the HRA Committee. A long-time advocate in the anti-vivisection movement in Australia, Diana was the President of the Anti-Vivisection Union, South Australia from early 1990’s until 2016. An active collaborator within a global network of organisations, including HRA, Diana has dedicated years building public awareness and campaigning for the abolition of cruel, wasteful and unscientific animal-based research and testing procedures.

Sarah Stuart, a Ph.D. candidate at the University of Melbourne and a recipient of funding from the International Funding for Ethical Research for her project, “Using brain tumor organoids to evaluate efficacy of novel inhibitors.” Her project will enable the study of glioblastoma in a human-relevant way and has the potential to reduce reliance on glioblastoma animal models on a large scale, as the brain tumor organoids generated from her project will be shared with national and international collaborators.

We hope you are inspired by the work of these brilliant women who #ChooseToChallenge so that we can one day, we can all live in a world with no more animal experimentation. 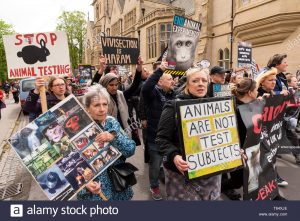