In Australia there is currently no legal requirement for research facilities to release and rehome cats and dogs after their use. Each year, healthy cats and dogs are being killed for no reason. It doesn’t have to be this way.

HRA submitted a comprehensive submission to the taskforce and reinforced the limited transparency in animal research in Victoria as a barrier to achieving the above. In December 2021, after extensive consultation with the pet rehoming and animal welfare sectors, the Taskforce delivered its final report to Government with 17 recommendations. After reviewing the taskforce recommendations, the Victorian Government has announced its support for all the Taskforce recommendations and importantly, allocated funding for implementation, which is certainly a win. 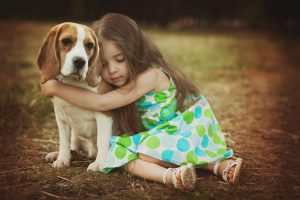 How does HRA rate the Government’s response?

Recommendation: Victorian Government to consider implementing a mandatory rehoming policy for suitable dogs and cats used in research and teaching. Government response: Support in Principle
The Victorian Government will consider implementing a mandatory rehoming policy as part of the review of the current legislation and development of the new Animal Care and Protection Bill. Support is limited to in principle support as there will be further consultation for the Animal Care and Protection Bill, making it difficult to commit to implementation prior to this. However, HRA would like to see full Government support for mandatory rehoming.

Recommendation: Victorian Government to consider a review of the current processes for data collection and reporting for animals used in research, to inform improvements to transparency, accuracy and timeliness.
Government response: Support
Animal Welfare Victoria will review the animal use information required by the Regulations as part of the process to develop regulations under the Animal Care and Protection Bill. Whilst this is welcomed, particularly due to the delays in publishing the data, animal use data is not the only means of transparency. HRA would like to see greater transparency provided by the release of details as to what the animals were used for, what procedures have been conducted, how the animals have been housed, a publicly available list of license holders using dogs and cats, and the removal of confidentiality agreements for adopters of released animals.

Recommendation: Victorian Government to consider specific grant programs to support the rehabilitation and rehoming of animals used in research and teaching. Victorian Government to consider funding programs to support the sector to upskill in rehabilitation and care for animals used in research and teaching.
Government response: Support in principle
It is pleasing that the Government has recognised that successful rehoming of animals used in research and teaching requires specialist skills and experience. However, funding support is not confirmed, simply that Animal Welfare Victoria  ‘will undertake a needs analysis process involving consultation with scientific research institutions that use animals and the rehoming sector to identify needs and suitable resourcing options, which may include specific grant programs and/or funding for the rehoming sector to support rehabilitation and rehoming activities and upskilling in rehabilitation and care’. It is hoped that the needs analysis will demonstrate that such funding is necessary and as such will be granted to the organisations at the forefront of rehoming dogs and cats from research institutes.

HRA would like to see training delivered to animal research institutes and animal ethics committees (AECs) to include dog and cat behaviour and environmental enrichment, to increase each animals’ chance of successful rehoming. Additionally, there should be greater consideration placed on alternatives to the use of dogs or cats and greater scrutiny of research protocols to provide assurance that alternatives could not be used. The composition of AECs which use dogs or cats should include a specialist behaviourist, or at least access to one. These recommendations may be considered within the needs analysis committed to.

The response is based on Victorian Government’s anticipated activities over the next four years. Along with other allied organisations, HRA will be holding the Government to account on this commitment as well as continuing to lobby the NHMRC so that mandatory rehoming for dogs and cats in research is a national requirement.

Whilst the step only impacts dogs and cats, there could be wider benefits to other species via review of the Code and increased transparency. There are opportunities to rehome smaller animals used in research such as mice, rats and rabbits. If you can offer a home, please contact the Liberty Foundation.

Read the Victorian Government Response to the Taskforce recommendations here.