We interviewed Belinda, an HRA supporter and an animal welfare advocate who shares her views on animal experimentation and her experiences as someone who has lived with cancer. 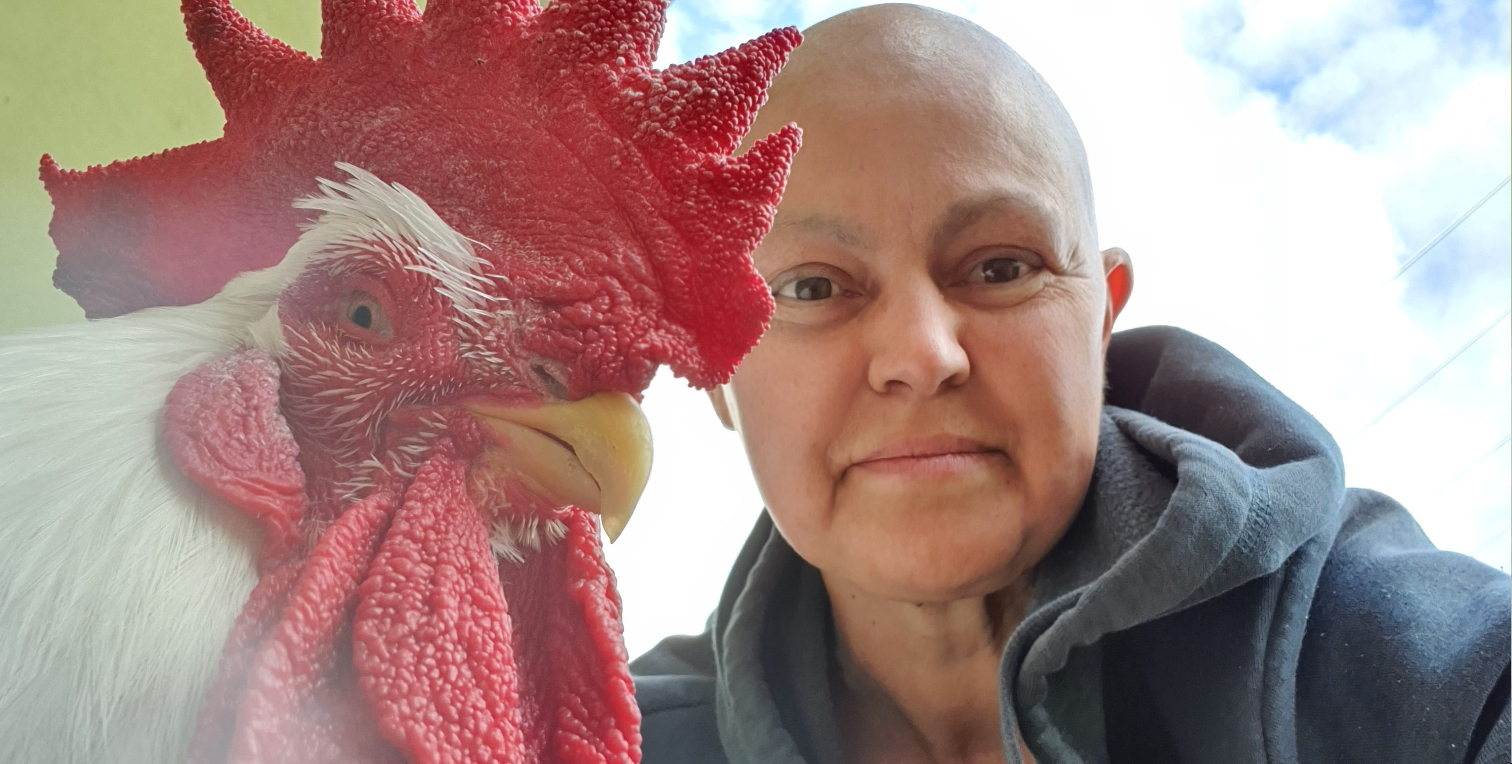 Can you please introduce yourself in a couple of sentences?

My name’s Belinda, I recently turned 50.  I’ve been vegan for about 12 years, vegetarian for about 20 years prior to that.  I went through treatment for cancer last year and I felt like that put me in a pretty good position to talk about the assumption that anybody with a serious illness would support all research into it, including animal experimentation, in order to find a cure for themselves.

What first motivated you to become an advocate for animals?

I realised that it wasn’t enough to just be not causing them harm myself, I need to try and stop others from harming them too.

Was there a turning point or experience that inspired that realisation for you?

I think it was gradual. It was a culmination of a lot of things. I gradually become more aware of the things that were happening to animals. Through social media, I became more aware of the things that were being done to help them, like rescues and sanctuaries. Then opportunities started presenting themselves for me to get involved, so I jumped at the chance.

How long have you been a HRA supporter and how did you find out about us?

My earliest recollection of HRA is from a stall at World Animal Day at Edgar’s Mission, which would have been about 12 years ago.  I had participated in a few events opposing animal experimentation, many years before that but I don’t remember which organisations were involved.

Why is ending animal experimentation a matter of importance to you?

Ending all animal abuse is important to me.  And animal experimentation is animal abuse.  No animal, regardless of their species, size, or relationship to humans should ever be confined and tortured, even if it were beneficial to humans – which it usually isn’t anyway.

It is common for animal experimentation to be portrayed and justified in the media as being necessary for finding cures and treatments for illness such as cancer, Alzheimer’s and Parkinson’s.  As someone who has lived with cancer, can you please share your experiences and stance on this?

There are a couple of aspects to this, one is that it’s not valid scientific research.  Testing on animals is not going to find a cure for diseases in humans, because our bodies are different, our genetic makeup is different.  Diseases affect us differently, and drugs affect us differently.  Cancer’s been cured in animals plenty of times.  It doesn’t translate to curing humans.  So people are still suffering and dying from these illnesses because the wrong research is being done.

The other aspect of it is the ethical side.  I don’t have the right to imprison and torture others, even if it were for my own benefit.  And I don’t have the right to have others do that on my behalf.  My life is no more valuable than any other, including the animals locked in labs being given diseases and then experimental treatments, and then killed.  Their lives matter just as much as mine does.

It’s a bit like the trolley dilemma of choosing to kill one, or several.  The only life I have the right to end, is my own. I am not so arrogant or selfish as to believe that thousands of animals should be tortured and killed, just for the possibility of extending my life.

Were there any insights that you learnt about the role animal experimentation played in any of the treatments that were available to you?

I learned that the chemo drugs I was treated with were developed more than 50 years ago.  In the decades since then I think the dosage and the administration of them may have been tweaked, but for all the supposed breakthroughs in that time, the drugs themselves are nothing new.  The millions of animals who have been tested on in that time, have all suffered for nothing.

Were you faced with any moral dilemmas in regards your treatment and if so, how did you handle them?

I knew that the former CEO of HRA Helen Marston had cancer about 10 years ago and had undergone chemo then, and I remembered that she had written about it at the time, so I looked up her articles and read her explanations and ultimately I decided that if she, with all her knowledge of animal experimentation, and her immense commitment to ending it, was comfortable with having that treatment, then I was too.

Do you have any words of encouragement to anyone facing a similar predicament?

I would encourage anyone to look into what clinical trials are being conducted that they may be able to take part in.  I’m currently enrolled in a drug trial, and looking into another one as well.  This is research that may or may not help me personally but it will help other people in the future, and the more we can trial on willing humans the better the chance of success, and of eliminating the redundant use of animals.

I felt like I was now in a good position to be able to counter that assumption that everyone would accept animal experiments if it was them that was unwell.  I can now honestly say, unequivocally, No I still don’t support it.

What do you hope for the future in regard to animals used in research and education?

I think that in the future, animal experimentation will be looked back on as both immoral and as a colossal waste of time and resources. We all know of people who’ve had serious illnesses who’ve resorted to alternative or experimental treatments when the conventional treatments haven’t worked for them.  People are willing – they’re desperate – to try these other options for themselves.  So we should be helping them to do that.  Put the funding and the time into computation modelling, chips, synthetics etc and clinical trials with human patients who volunteer for it.

Is there anything else you’d like to say that wasn’t covered in the questions above?

I found it interesting that there was never any discussion of diet or nutrition throughout any stage of the diagnosis or treatment.  Anecdotally it seems like people who are vegan cope a lot better on chemo but there doesn’t appear to have been any studies into this. 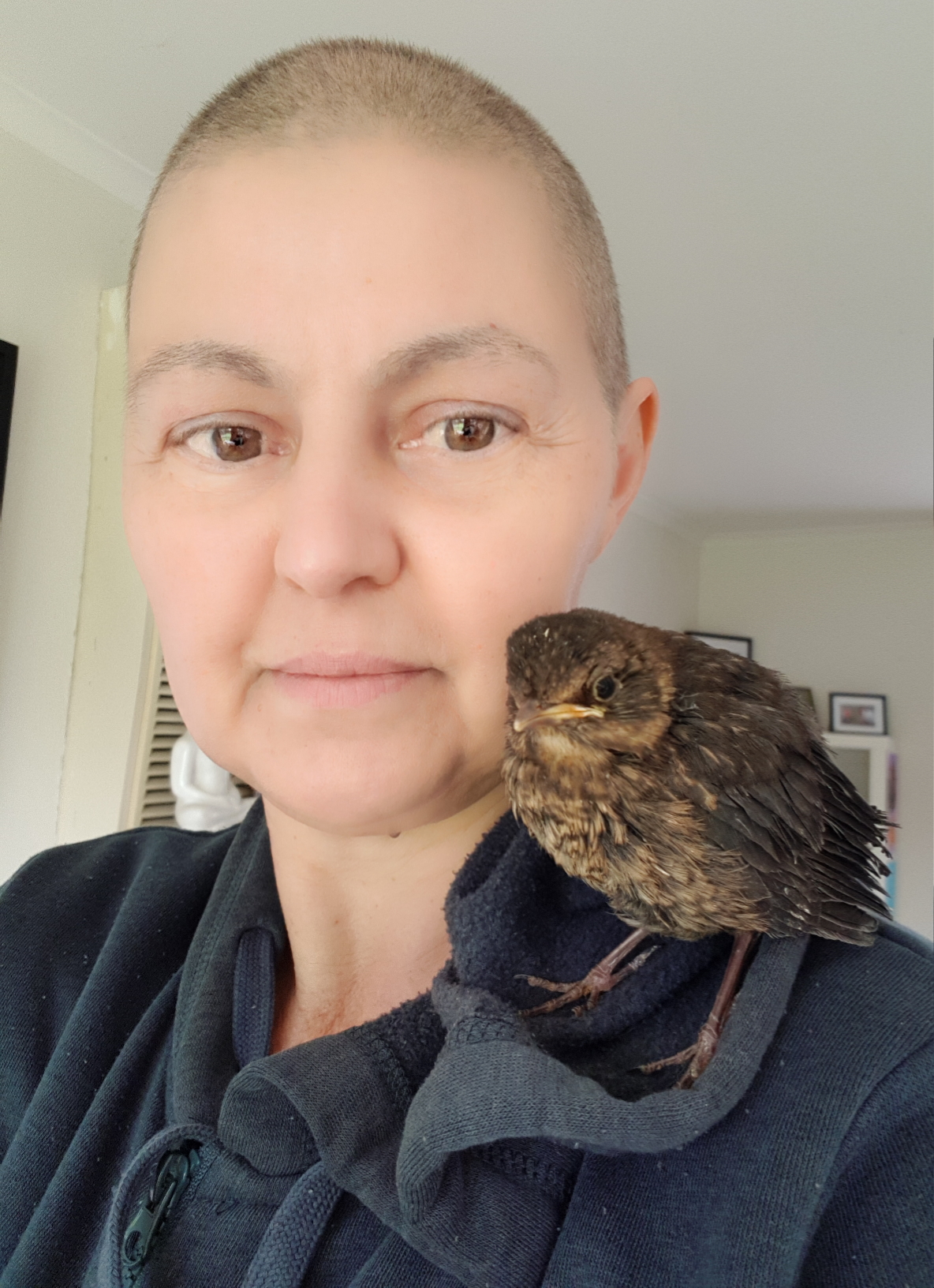 Thank you, Belinda, for taking the time to talk with us so openly about such a personal subject. You’ve shared with us very interesting insights and raised thoughtful considerations worth contemplating. We wish you all the best with your health and future endeavors advocating for animals.

You can listen to an audio recording of this interview on the HRA Podcast.